HISTORY THESIS: ’You have one channel, we have 39’ | Functions of- and impediments to the relationships between Cambodian media and political parties during the 2008 National Assembly election campaign

’You have one channel, we have 39’ | Functions of- and impediments to the relationships between Cambodian media and political parties during the 2008 National Assembly election campaign

My bachelor thesis in History that resulted from field research in Cambodia in 2008. It was awarded with a 9/10.

Part of the EXECUTIVE SUMMARY
Over the past century, Cambodian media - especially broadcast media - have established themselves as some of the most important sources of information for Cambodian citizens. By 2008, thousands of people were working various jobs in the Cambodian media sector. Like all Cambodian citizens, those working in the media sector were and are legally entitled to freedom of opinion and expression, press, publication, access to information, and all other human rights as stipulated in international covenants and conventions.

Due to a combination of poverty, illiteracy, and problems with distribution and coverage, access to information is greatest in Phnom Penh and some provincial capitals, and diminishes while going further into the countryside. While this means that newspapers have the least coverage of all media, their smaller audiences also explain their relatively greater ability to freely express themselves. Most media are aligned with a political party and again most of them are aligned with the ruling Cambodian People’s Party (CPP), including all television and almost all radio stations. Due to widespread corruption, political patrons often back media outlets; the judiciary favours those in government – often by using UNTAC Criminal Law to persecute critics of the government while upholding a culture of impunity for the rich and powerful; and bribery and blackmailing are all but unheard of. A general lack of professionalism in most of Khmer-language media is both a cause and effect of tensions between media and politics.

During the 2008 election campaign, the political alignment of most media resulted in widespread politically biased information being disseminated to the public – mostly in favour of the ruling CPP. This was obvious for television stations, both those state-run and those privately owned, as all of them favoured the government/CPP. The general trend was one of lauding the government/CPP for its achievements while criticizing opposition parties – mostly focusing on the main opposition Sam Rainsy Party. The majority of radio stations did the same, though with some dissenting voices. While internationally sponsored initiatives provided some more balanced coverage on state broadcasting channels, their duration and coverage was relatively limited. Moreover, its effect is questionable amidst the prevalent pro-CPP private media that were not subject to any regulations. Newspapers too disseminated information favourable to their respective supported parties though their Englishlanguage versions remained largely neutral. 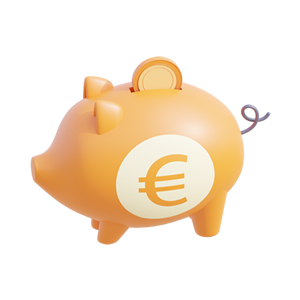